Modern Literature of South Yemen in the Course of Time

On June 19, 2018, Dr. Saeed Al-Gariri, Chairman of the Literati and Writers’ Association in al-Mukallah (Hadramaut) and former Professor of Literature and Literary Criticism at the Faculty of Humanities of the University of Hadramaut (he has lived in the Netherlands since 2014), spoke at the Institute of Oriental Studies of the University of Leipzig about modern literature in South Yemen. Little is known abroad about this rich corpus, which Al-Gariri attributes to (1) the lack of translations, (2) the political instability that has prevailed in the region for decades, and (3) the international focus on Arab literary centers in Egypt, Lebanon, Palestine, Syria, and Jordan. However, South Yemeni writers have made a significant contribution to the development of various trends in modern Arabic literature. One of their most famous representatives is the poet, dramatist, and novelist Ali Ahmed Bakatheer (1910-1969), who is regarded by some literary critics as the founder of modern Arabic poetry.

In his lecture, Al-Gariri gave an overview of the historical development of contemporary literature in South Yemen, which he divided into four phases: (1) The period of British colonialism until 1967, (2) the phase of the Marxist-oriented People’s Democratic Republic of Yemen until 1990, (3) the phase of post-Yemeni unification of 1990, and (4) the post “Arab Spring” phase since 2011.

The lecture was translated into German by Friederike Schmidt and Yasmin Al-Iriani. 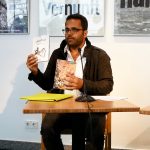 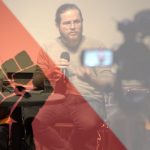