Perspectives on Civil Society in South Yemen: Academic and Media Coverage Past and Present

The Yemen war has often been portrayed as a proxy war between Saudi Arabia and Iran, or as a fight for legitimacy between the Houthis and the Hadi government. From these perspectives, South Yemen is often overlooked and has, therefore, been neglected by international media, researchers and analysts for a long time. However, since August of this year, South Yemen has received unprecedented attention due to an escalation in conflict between the Hadi government and the Southern Transitional Council (a formal organization which emerged in 2017 from the Southern Movement, a campaign for South Yemen’s independence). Because analyses of Yemen in recent years largely focused on elites, Al Qaeda in the Arabian Peninsula and security issues, as well as on apparent changes in regional alliances, local dynamics in South Yemen, including developments whose origins are deeply rooted in the history of South Yemen, received little notice in these studies or in the media. Due to the lack of attention given to the South Yemeni population, we believe that local dynamics have often been misjudged or misinterpreted.
As the ongoing conflict in Yemen has put South Yemen at the centre of competing interests, and because South Yemeni actors will likely have a say in the future of the Republic of Yemen, the workshop will provide an overview of current events in South Yemen from a historical and grassroots perspective. In considering the colonial period, the time of the People’s Democratic Republic of Yemen, the unification era, and the years since the latest war officially began in 2015, the discussions will particularly focus on civil society, with a special emphasis on women’s activism, and the role of local and international media in current developments. 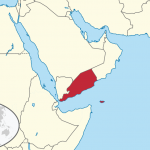 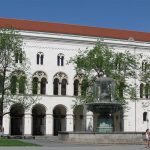