Publication of the Cultural Magazine Abyan

On March 28, 2019, the newly founded University of Abyan in Zinjibar published the first issue of the cultural magazine Abyan in the eponymous governorate. The magazine deals with literary, social, historical, cultural, and anthropological topics. This first edition contains the following topics:

The file covers three topics that had been published in English at different times and that deal with the Agriculture Board in Abyan. This board was run by people from the Sultanates of Yafa and al-Fadhli.

A The Development Plan of Abyan (published in English in the journal Hawliah in 1953/1954, issued in Aden)

B The Progress of the Abyan Development Plan (published in English in the journal Hawliah in 1957/1958, issue in Aden)

B Poetic Debate: Who would help a Lover? by several poets of Dahief (local Abyani and Lahiji tradition of dance and singing)

The publication of this journal follows many years of stagnation of cultural activities in Abyan. This stalemate was caused by the difficult political and security situation and the lack of government support for cultural and scientific activities in the governorate for more than two decades. 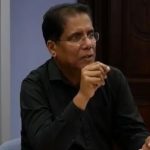