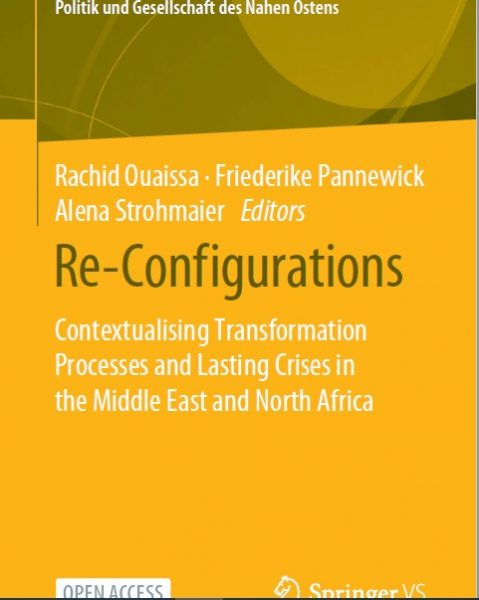 In 2007, a protest movement emerged in South Yemen called the Southern Movement. At the beginning, it was a loose amalgamation of people, most of them former army personnel and state employees of the former People’s Democratic Republic of Yemen (PDRY) who had been forced out of their jobs after the southern faction lost the war in 1994. Because of the state security forces’ brutality against protesters, more and more people joined the demonstrations, and the claims began to evolve into concrete political demands, such as the restored independence of the territory that once formed the PDRY, which in 1990 unified with the Arab Republic of Yemen to form the Republic of Yemen, as a separate state. By appropriating hidden forms of resistance, such as the intentionally and unintentionally intergenerational transmission of a counternarrative, South Yemenis have strengthened the calls for independence in recent years.

The year 2007 witnessed the birth of the Southern Movement. After the unification between the People’s Democratic Republic of Yemen (PDRY) and the Yemen Arab Republic in 1990, power in the state was equally shared across ministries between South and North Yemeni politicians and bureaucrats. The results of the 1993 elections shattered the power-sharing agreement, marginalized the Yemeni Socialist Party (YSP) of the former PDRY, and strengthened the General People’s Congress and the Yemeni Congregation for Reform (Iṣlāḥ) and, with them, the tribal and Islamist elites of North Yemen. As tensions soared, civil war broke out on April 27, 1994. South Yemeni politicians proclaimed the Democratic Republic of Yemen on May 21, 1994 and, thereby, the disengagement of the territory of the former PDRY from the Republic of Yemen; however, this faction lost this war on July 7, 1994.
Initially, the Southern Movement was a loose coalition. Most of its members consisted of former army personnel and state employees of the PDRY who had been forced from their jobs after the war of 1994.1 In 2007, these people began to address their discontent publicly and appealed for socioeconomic rights, such as pensions, or the reinstatement of their former jobs. However, the Yemeni government was unable or unwilling to accede to their appeals. Government security forces used brutal measures against protesters. This government-sponsored brutality and indifference strengthened this loose social movement (see Human Rights Watch 2009). More and more people joined the demonstrations, and their appeals began to harden into concrete political demands, such as state independence of the territory that once formed the PDRY.
Since the Southern Movement began in 2007, I have regularly visited Aden and the surrounding governorates to conduct research. From March until May 2014, I conducted a three-month field research for my PhD dissertation, which was followed by a stay in the field from January to February 2015. Since the outbreak of the war, I have participated in events of the South Yemeni diaspora in Europe. In 2014 and 2015, I conducted participant observations during demonstrations and gatherings of the Southern Movement, as well as interviews with more than 80 people, ranging in age from 19 to around 70, and originating from almost all South Yemeni governorates. I analyzed the interviews via a grounded theory methodological approach as per Strauss and Corbin (1990).
Based on this longstanding field research in South Yemen, this chapter will investigate the role family memories play in the transmission of the independence struggle in South Yemen. Family memories evolve in the interaction between different generations. They imply negotiations and struggles over concepts pertaining to the future of South Yemeni society during times of huge socio-political transformations and political turmoil in Yemen. As I will illustrate in this chapter, family remembrance in South Yemen is a practice of resistance. According to Routledge, “practices of resistance cannot be separated from practices of domination, they are always entangled in some configuration” (1997, p. 70). Thus, family memories are re-configurations that refer to changes in discursive and symbolic power networks. Strikingly, young people have become very active in the Southern Movement, beginning before 2011 but especially once the protests of the “Arab Spring” began in Yemen. During my visits to South Yemen, I often heard young people born after Yemen’s 1990 unification saying how great life had been in the PDRY. They often said that “we had” such-and-such accomplishments in the PDRY, that “our state” provided “us” with this or that achievement. Thus, they strongly identified with a state that had disappeared from the world map two decades earlier, before they were even born. Where did their longing for the PDRY come from? And how could claims of an independent state in South Yemen reemerge in 2007 after the previous attempts at independence were dismantled in 1994?
Using interview extracts and participant observations from my field research, I will give insight into the enormous impact of family memories on young people’s longing for the PDRY, and, therefore, on their political engagement for an independent state in South Yemen.
Family Memories and the Transmission of the Independence Struggle in South Yemen2021-02-032021-02-03https://forumluqman.org/wp-content/uploads/2018/10/final-logo-facebook-site-bg-2.jpgforumluqman.orghttps://forumluqman.org/wp-content/uploads/2021/02/family-memories-and-the-transmission.jpg200px200px 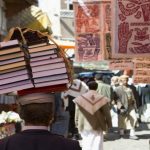 READING BETWEEN THE LINES: POLITICAL SOLUTIONS IN YEMENI FICTION WRITINGArticles and Literature 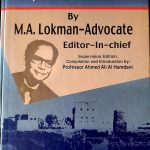 The Book of Muhammad Ali Luqman’s “Men, Matters and Memories” is available onlineArticles and Literature