READING BETWEEN THE LINES: POLITICAL SOLUTIONS IN YEMENI FICTION WRITING 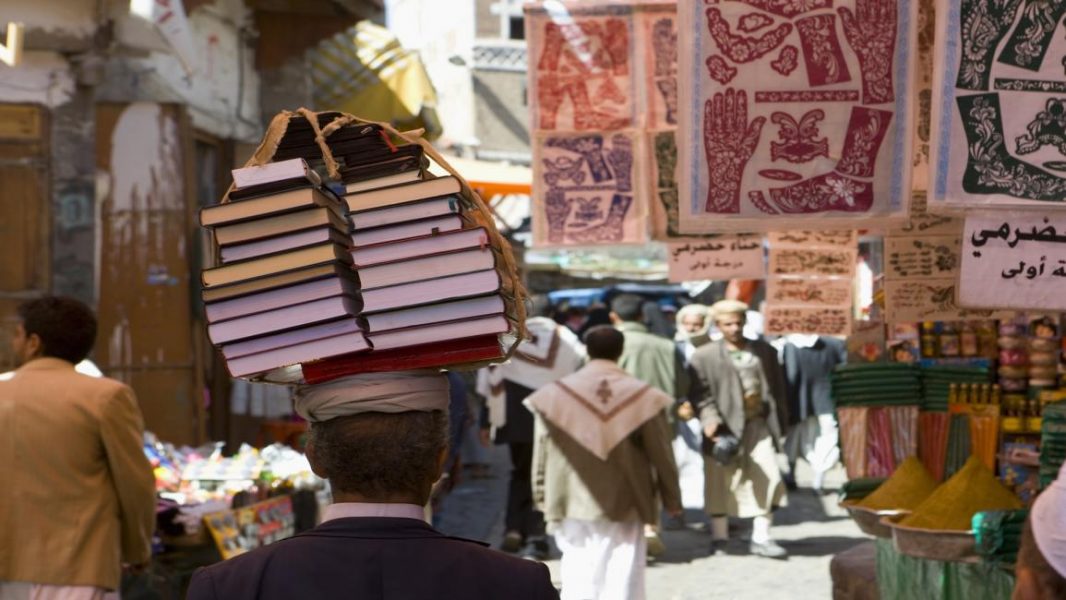 (The original source of article)

While Yemeni politicians have failed to produce binding political solutions to help the country emerge from its grinding civil war, academic and intellectual circles have been actively debating and putting forth policies that could move the country forward.  However, their contributions to public discourse have been limited by outside censorship and fear of reprisal from powerful interest groups. In response, some have turned to fiction writing as a way to share their thoughts with less risk of retaliation.

Yemen has the second most heavily armed population in the world, second only to the United States. In part because of this reputation, and even prior to the current civil war, global media frequently portray the country as awash with violence and conflict. But, of course, Yemeni society is much more diverse, complex and sophisticated than this depiction. For instance, intellectuals, poets and creative thinkers have been the backbone of Yemen’s major political and social movements. Particularly in the decades that followed the 1930s, these figures championed some of the more egalitarian ideas that eventually shaped the Republic of Yemen in the North. In South Yemen, intellectuals also pushed socialist and internationalist ideals that molded this region. Despite a ruling elite that attempted to silence these voices, Yemeni writers and intellectuals —both male and female— also influenced the political landscape following the unification of the North and South in 1990. Academics and scholars were also a centerpiece of the country’s 2011 uprising, engendering public debates within protest circles.

Even today, despite an ongoing war that powerful groups have used to severely limit the freedom of expression, Yemeni writers are using their literary imaginations to push the boundaries of political discourse and bring new voices to the forefront. These voices, unlike Yemen’s political leaders, enter into dialogue with one another, creating opportunities for cooperation and peaceful co-existence. At the same time, in an attempt to understand the country’s leaders, Yemeni authors reflect on how ideology drives the powerful to commit crimes against humanity.

While politicians are busy propagating war, writers and thinkers are working to imagine and advocate for peace. Though their stories, they seek expanded dialogue and constructive solutions to a war that is dividing neighbors. These authors retain hope that fighting will end, and a new generation of Yemenis will enact governmental reform. Writers, academics and dreamers are crafting a path that politicians, activists, civil society organizations, and even the international community can follow. Because the current climate of violence has limited the spaces where these types of self-expression are possible, some are turning to creative and fiction writing as a platform to share their social and political ideas.

IMAGINING A NATION WITH A BENEVOLENT LEADER

Writers, thinkers and academics helped inform public opinion in Yemen throughout the 20th century. For example, from the 1930s to the 1960s, discussions about the legitimacy of the autocratic Zaidi imamate were popular among intellectuals in the North. Well-known poets, such as Mohammad al-Zubayri, described an aspirational republican system long before this form of government replaced the imamate in the 1960s. In South Yemen, the literary agendas of writers such as Abdullah Abdurazzaq Badhib included Marxist and internationalist sentiments, ideals that shaped the formerly independent nation. Moreover, long before North and South Yemen merged in 1990, literary writing explored the idea of a national identity for a unified country.

However, quickly following unification, southern intellectual leaders also began to once again write about the need for self-determination in the South. Much of philosophy professor  Abubakr al-Saqqaf’s writing is focused on this. He coined now commonly used terms such as ‘internal colonialism,’ the ‘elimination of the Southern identity,’ the ‘Sana’a Regime,’ and the ‘political system of annexation, not unification.’ These phrases became central to the Southern Movement’s discourse, which began emerging in Aden in 2007. Many of these ideas found their way from book pages to banners and protest squares, where they became rallying cries for southern independence.

In addition to helping form rhetoric and themes around national identity, Yemen’s writers also devote time to considering the role of leadership in governance. Rather than focusing on how political systems or norms shape politics, they largely believe the country’s political fate is in the hands of empowered leaders. This was evident during the 2011 country-wide protests.

During sit-ins, protestors, intellectuals and writers often discussed desirable qualities of a new president. Popular preferences included a civilian, rather than a tribal leader or military officer. They also placed high value on education and benevolent leadership.

VISIONS OF ALTERNATIVE FUTURES IN LITERATURE

The production of novels and short stories in Yemen has increased dramatically since 2011, and even more so since war broke out in 2015. Although Yemen’s publishing industry is modest compared to international standards, according to Abdulhakim Baqais, a professor of literary criticism at Aden University, the rate of publication over the last 10 years, is the highest it’s ever been.  Following the 2011 uprising and a subsequent failed transition to democratic elections, Yemeni authors found that fiction writing was a useful medium to talk about politics. These new novels and stories began reflecting a shared concern about the ascent of military leaders and warmongers to power. Using allegorical allusions some of these newer narratives warn against the long-term consequences of allowing leaders who have taken part in human rights violations to remain in power. This growth in fiction writing is also a platform for writers and intellectuals to publicly share their visions for a post-war Yemen.

Politics is often described as ‘the art of the possible,’ which also applies to writers in war-torn Yemen. While, most would prefer to overtly and openly express their ideas, a crackdown on dissent has forced many to retreat from the spotlight. But, through fiction writing—because it’s open to interpretation and relies on fictitious scenarios—many have found a way to express themselves in a manner that authorities cannot as easily object to or censor. Still, national reform agendas are at the heart of these narratives.

UNCOVERING THE POLITICAL AGENDA OF SAGHIRA

An example of this style of literature is “Saghira’s Laws” by prominent Yemeni author, Wajdi al-Ahdal. This short story describes an alternative path for Yemen following the 2011 political uprising. It explores what could have happened had Yemen adopted a democratic political system rooted in human rights.

The story begins with a fictitious, successful conclusion of the National Dialogue Conference in January 2014, followed by a search for a new president. The author describes in often humorous detail the enormous obstacles candidates face for the new position. Drawing parallels to the biblical story of the Exodus, the author describes the fantastical wanderings of the presidential candidates in a desert.

“They were to cross the desert on foot until they reached the Temple of Barran,
the throne of Bilqis, where there was to be found a black square stone. Whoever
was the first to sit upon it would win the position of President of the Republic.”

At the end, Saghira, the woman who ultimately becomes president, elevates Yemen’s global standing through good governance. It’s notable that it’s a woman who is Yemen’s first leader after the revolution, an idea that garnered popular support during the uprising. Her character also proves that the country can prosper under the leadership of someone with a less privileged background. One of the story’s largest themes is that historical country-wide change requires endurance. The novel demonstrates that the goals of the 2011 popular uprising require strenuous work, patience and difficult decisions to achieve.

Optimistic stories like these create hope and can generate a new vision for Yemen, one that is free from armed conflict and violence. These narratives also serve to counter pro-war propaganda that armed groups peddle.

While fiction writing has increased in Yemen in recent years, access to independent online platforms, news networks and magazines to publish the work has been curtailed by the warring parties who block sites or censor publications. In contrast, the public receives messaging from groups supportive of the war effort all the time, including on the radio, television or in print form. More opportunities and venues are needed for those with altering viewpoints to share their ideas in order to counteract this pro-violence propaganda.

One publication that has created space for writers and activists from all across Yemen to showcase their work is al-Madaniya Magazine. The magazine includes pieces about literature, music, folklore, culture and historical figures. Al-Madaniya also notably includes work from female writers and civil society activists,which gives them a platform to share their thoughts on peacebuilding outside of the formal, internationally-sponsored negotiations. Still, more publications like al-Madaniya are needed to further discussions about political reform, religion and social causes.

Authors are in need of more outlets that are accessible and safe to showcase their work. Given that the Yemeni media landscape cannot currently support independent media institutions, international assistance should target the creation and sustainment of autonomous outlets. At the same time, Yemenis who own or intend to create internet platforms, TV stations and cultural clubs—either inside or outside the country—should set aside some of their programming for emerging and diverse voices.

Author bio:  Abdulsalam al-Rubaidi holds a PhD in Near and Middle Eastern Studies from the University of Bonn, Germany, and a master in Arabic Language and Literature from Sana’a University, Yemen. He is a lecturer at the Department of Arabic and Islamic Studies, Faculty of Education at al-Baydha’ University, and a lecturer at the Gender Development Research and Studies Center (GDRSC) at Sana’a University, Yemen. He is also a founding member of the Academic Forum Muhammad Ali Luqman.He is currently the editor of the Arabic publications at al-Madaniya Magazine and the Yemen Policy Center. 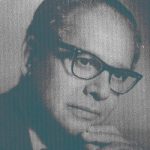 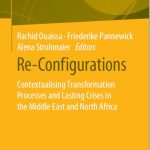