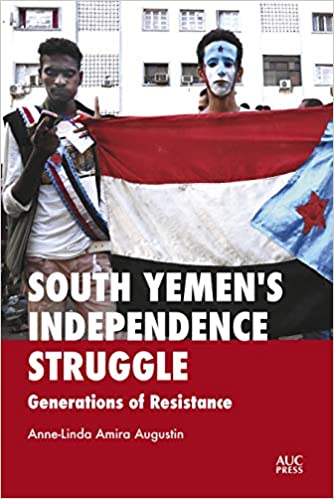 At its beginning in 2007, the Southern Movement in South Yemen was a loose merger of different people, most of them former army personnel and state employees of the People’s Democratic Republic of Yemen (PDRY) who were forced from their jobs after the war in 1994, only four years after the unification between the PDRY and the Yemen Arab Republic.

This bold ethnographic account of a persistent Arab uprising, in a rarely studied corner of the Middle East, explores why the Southern Movement has grown so tremendously during the last decade, and how it developed from a primarily social movement demanding social rights into a mass protest movement claiming independence for a state that had long vanished from the world map. Anne-Linda Amira Augustin asks why so many young people born after 1990 joined the movement and demanded the re-establishment of a state that they had never themselves experienced.

At the core of South Yemeni resistance lies the transmission from generation to generation of a dominant counternarrative, which may be seen as the continuation and rehabilitation of the PDRY’s national narrative. This narrative, amplified through everyday communication in families and neighborhoods, but also by media-makers, journalists, school and university teachers, civil society actors, and by the movement’s activists, opposes the national-unity narrative of the Republic of Yemen and intensifies the demands for an independent state. 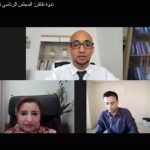 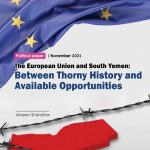 The EU and South Yemen: Between Thorny History and Available OpportunitiesArticles and Literature