The current events in South Yemen require a reconsideration of approaches toward and perceptions of this region in order to gain a more comprehensive understanding of what is happening on the ground. Until the developments in Aden over the past two weeks, South Yemen largely remained off the world’s radar for several decades. The lack of insight into the transitions in the region during this period has repeatedly resulted in confusion, misjudgments, prejudices, and false assessments regarding South Yemen and its people.

1) During the post-unification phase, Sanaa became the major locus for researchers, media, as well as professionals and representatives of various fields (culture, politics, history, and economy), who were also able to communicate fluently in English. Sanaa was the starting point for most foreigners to discover and attempt to understand Yemen, which led to a bias. This bias dominated the overall image of Yemen, as well as of its society and politics. Thus, Yemen has been regarded almost exclusively through the vision of Sanaa, marginalizing any other perspective and leaving the rest of the country almost invisible to international and Arab academia, media, and politicians. Consequently, comparatively little was written about the vast majority of Yemen’s territory.

2) Under the pretext of fighting separatism after the war in 1994, the ruling elite of Sanaa suppressed marginal voices and minimised the freedom of speech. Many personalities of the South Yemeni elite were forced to remain silent, to retire, or to leave the country.

This produced a state of affairs that has directly affected how the international community, international organizations, researchers and foreign media deal with South Yemen. Its primary manifestations are the following:

a) The Marginalization of the Southern Elite

South Yemeni intellectuals and civil society actors have complained for years about their systematic and intentional marginalization by the international community, which has often only communicated with them through a North Yemeni mediator.

b) A Misunderstanding of Local Dynamics

Local dynamics and happenings on the ground have often been perceived erroneously or misinterpreted. For example, media, policy makers, and think tanks have repeatedly construed the past two weeks’ events in South Yemen (the fighting in Aden and expulsion of the Hadi government from the city) as principally a struggle between two external actors: Saudi Arabia and the United Arab Emirates. These analyses indicate a failure to comprehend local dynamics, which cannot accurately be understood through regional or international dynamics. The mass demonstrations in the past week are a clear expression of the fact that the people of South Yemen and their demands have overwhelmingly been overlooked in recent years.

c) Freezing South Yemen in the Past

Media, researchers and policymakers have trapped South Yemen in cages of its past. The leadership struggle within the Yemeni Socialist Party in 1986 has been taken as a portent for potential conflicts in a future South Yemeni state. However, today’s dynamics in South Yemen can hardly be understood by the repeated focus on the 1986 conflict. The emergence of the Southern Movement in 2007 was the result of South Yemenis having critically dealt with their own past. The Yemen war that began in 2015 gave new momentum for South Yemenis’ struggle for independence and established new entities within the Southern Movement. These, however, have often been shallowly analysed as merely being puppets of regional powers.

To ameliorate the situation, we demand

1) that the world community strive for an understanding of South Yemen and its local dynamics by directly communicating with South Yemeni politicians, civil society, and the South Yemeni people to avoid misinformation and false assessments;

2) that new vistas be opened for South Yemeni intellectuals, civil society actors, women and young people to give them the opportunity for further training and qualification. They must be involved in all efforts related to peacebuilding, education, human rights, gender equality, international law, democratic change, women’s empowerment, youth engagement, etc. They are the link to the local population on the ground and have the potential to promote positive change in South Yemen. 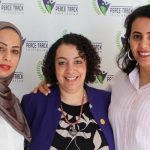 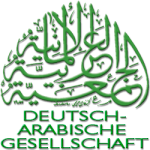