The 2nd Edition of the Cultural Magazine Abyan

On March 28, 2019, the newly founded University of Abyan in Zinjibar published the first issue of the cultural magazine Abyan in the eponymous governorate. The 2nd edition contains the following topics:

The issue also contains poems, stories and contributions to folklore. 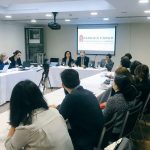 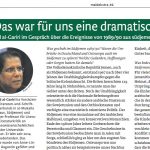 Saeed Al-Gariri: It Was a Dramatic Turning Point for UsArticles and Literature