Saeed Al-Gariri: It Was a Dramatic Turning Point for Us

The interview was conducted by Anne-Linda Amira Augustin and originally appeared in maldekstra #6. Translation by Diego Otero and Ryan Eyers for Gegensatz Translation Collective.

Amira Augustin : What happened in South Yemen in 1989 and 1990? Were the upheavals in Germany and Eastern Europe also felt in South Yemen? What thoughts, hopes, or worries did you have back then?

Saeed Al-Gariri: The People’s Democratic Republic of Yemen, also known as South Yemen, came into being in 1967 after more than four years of fighting for independence from British colonial rule. The British had ruled what was known as “South Arabia” for 129 years. After independence, the National Liberation Front aligned itself much more strongly towards the Soviet Union and the Eastern Bloc than other Arab states, pursuing Marxist-style policies. Surrounded by conservative monarchies, South Yemen was an exception in the Arabian Peninsula.

At the end of the 1980s, Gorbachev introduced perestroika and glasnost. The events in the Soviet Union were observed with concern in Aden, as it was South Yemen’s closest ally. Eastern Europe was much closer to us politically than our neighbour Saudi Arabia, for example, and we dreamed of implementing socialism and a system of social justice. The changes there gave cause for concern about the future of our state and our people, because we were part of the same political camp. Eventually, the Soviet Union collapsed, causing panic within the Yemeni Socialist Party, the single party of our state. Additional internal conflicts within the party led to the project of unification with the Yemeni Arab Republic, also known as North Yemen.

Why and how did the unification between the two states come about?

Unification was the result of a series of historical, political, and ideological mistakes. Up until the day of independence from Britain on 30 November 1967, the area that was later to become the People’s Democratic Republic of Yemen was called South Arabia. At that time, those who fought for an independent state against the British were very much influenced by the Egyptian revolution of 23 July 1952 led by Gamal Abdel Nasser, which sought to unify the Arab nation. One must understand the desire for this unification in the context of the Western colonial period in the Middle East and North Africa.

In South Arabia, people were influenced by notions of Arab nationalism. For this reason, the National Liberation Front named the state the People’s Republic of South Yemen in 1967 and the People’s Democratic Republic of Yemen from 1969 onwards, thus incorporating “Yemen” into the name of the state. Since that day, there have been two Yemens: North Yemen and South Yemen. South Arabia, which was under British rule, did not belong to Yemen. These ideological and political mistakes led to the unification in 1990: a unification that brought no good to the populations of either North or South.

What did the unification of Yemen mean to many South Yemenis in 1990?

In retrospect, for many people in South Yemen the unification of Yemen meant the loss of their homeland, dignity, freedom, and future. Initially, in 1990, the population looked forward to unification. People were influenced by the idea of Arab unity that permeated all areas of life in the People’s Democratic Republic of Yemen.

Prior to unification, for example, the entire school system was shaped by this idea of unity, and each morning during roll call at school the children shouted that they would work towards achieving unification. Unification was drummed into the children from an early age as an ideal. After every border conflict with the North, unification was laid down as a long-term goal in the peace agreement. It was therefore not surprising that the population was happy when unification was achieved in 1990.

The people were full of expectations and hopes for a prosperous future. Unification promised progress and development for both countries. Everything turned out quite differently, however, and the people’s joy did not last long. It began with the assassinations of members of the Socialist Party. Almost 200 members were murdered in the first years following unification.

In 1994 war broke out. The South wanted to become independent again. But the South lost the war. Hundreds of thousands of soldiers and state employees from the South were forced into retirement. Land that had previously been in state ownership was taken by elites and generals from the North. The elites in Sanaa benefited from the state’s oil revenues, even though 80 percent of oil reserves are in the South. Everything changed.

How did the situation develop, especially after the 1994 war?

After 1990 all Southern laws were adapted to the laws of the North and our social achievements were done away with. I will mention two important examples that had an enormous impact on socio-cultural life in South Yemen. First, in 1992, the family law of the South was abolished, which in the 1970s and 1980s was considered the most progressive in the Arab world. Women had far-reaching rights and could pursue all professions. The first female judges on the Arabian Peninsula came from South Yemen, as did the first female pilots and paratroopers.

Secondly, the education system was encroached upon. Our education system was modelled on that of the socialist states. We received a lot of support from advisors from the Eastern Bloc, especially from the GDR. After unification, the South’s school system was abolished and a school system largely based on that of the North was introduced in its place. Since then, religious content has permeated education. All references to two independent states prior to unification and the social accomplishments of the South were removed from textbooks.

Corruption also increased following unification. People felt like second-class citizens. The period of the occupation of South Yemen began after the 1994 war. In 2006, resistance to oppression began to grow and organize. In 2007, the so-called Southern Movement was born, composed mainly of forced retirees and young unemployed people. The movement was brutally crushed by the security forces of former President Ali Abdullah Salih. But they didn’t let themselves be silenced. The more repression increased, the more the movement gained popularity among the population. To this day, the movement continues to demand the restoration of our state.

How is this shift perceived today in South Yemen or in the South Yemeni diaspora? How do you think women and young people in particular view unification today?

With the exception of a few, most people see the unification as a never-ending nightmare. Women, in particular, saw their rights curtailed enormously following unification. They are therefore very strongly represented in the Southern Movement. So are the young people whose future has been stolen from them. The South Yemeni diaspora supports the aspirations for independence in the country and is very active abroad.

What has become of the Socialist Party of the People’s Democratic Republic of Yemen?

After unification, the South Yemeni population was defamed as infidel Marxists by parts of the Northern conservative elite. Almost 200 party cadres were murdered. In the 1994 war, a legal opinion was published by ultraconservative scholars of the North legitimizing the assassination of members of the South Yemeni population by saying that they were unbelieving socialists and apostates of Islam. These legal opinions are still being used today, most recently in August 2019 when it was used against the Southern Transitional Council and its supporters. The majority of the South Yemeni members of the Yemeni Socialist Party resigned a few years ago and joined the Southern Movement.

The events of 1989 and 1990 marked a dramatic shift for us. We lost our strategic ally, which contributed to our entering into a unification process with a backward system characterized by a tribal mentality. This system under Ali Abdullah Salih had no intention of investing in the people and their future, but was instead only interested in enriching itself by oppressing them.

Dr. Saeed al-Gariri is chairman of the Writers’ and Literary Scholars’ Association in Al Mukalla (Hadhramout, South Yemen) and former professor of literature and literary criticism in the humanities faculty of the University of Hadhramout. He has lived in the Netherlands since 2014. 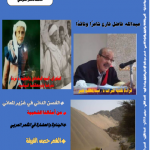 The 2nd Edition of the Cultural Magazine AbyanArticles and Literature 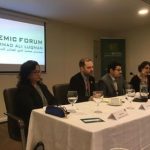 Perspectives on Civil Society in South Yemen (Videos)Articles and Literature